The leaders of Canada’s top banks believe an economic rebound is on the horizon, but say the short-term looks difficult and spending won’t truly pick up until the back half of 2021 or even 2022.

The chief executives of the country’s most prominent banks think Canada is benefiting from generous government relief packages that reduced delinquencies and insolvencies and the arrival of several promising COVID-19 vaccines.

However, they say the coming weeks don’t look pretty because growing numbers of Canadians are continuing to contract the virus.

“In the short-term things are going to be not as good as one might have hoped, but overall I think we are in a probably slow way of getting more positive as the year goes by,” TD chief executive Bharat Masrani said Monday.

Masrani made his comments during a virtual appearance at RBC’s Canadian Bank CEO conference. The event saw the CEOs of all of the country’s top banks offer their economic predictions for the year.

They all agreed that Canada is in the midst of an economic rebound, but how fast that recovery takes hold will depend on the country’s ability to get the pandemic under control.

Vaccines will be key, they said.

“We believe roughly four and 4.5 million high-risk Canadians will have to be vaccinated before we can really get back to reopening the economy and we can achieve that within 100 days, if we have the vaccines,” Royal Bank of Canada chief executive Dave McKay said.

The number of doses of COVID-19 vaccines administered in Canada hit 319,938 on Monday. Efforts to get more shots in arms are ramping up as more supply arrives, but there are at least 38 million people living in the country.

Rebound could take until next year

Once people are vaccinated, McKay believes those who have been sitting on cash and not spending it because so many things are closed will race back to pastimes like travel and entertainment.

But timing around when that will happen is still a big question.

WATCH | Canadians are on track to be vaccinated by September, ‘if not sooner,’ Anand says: 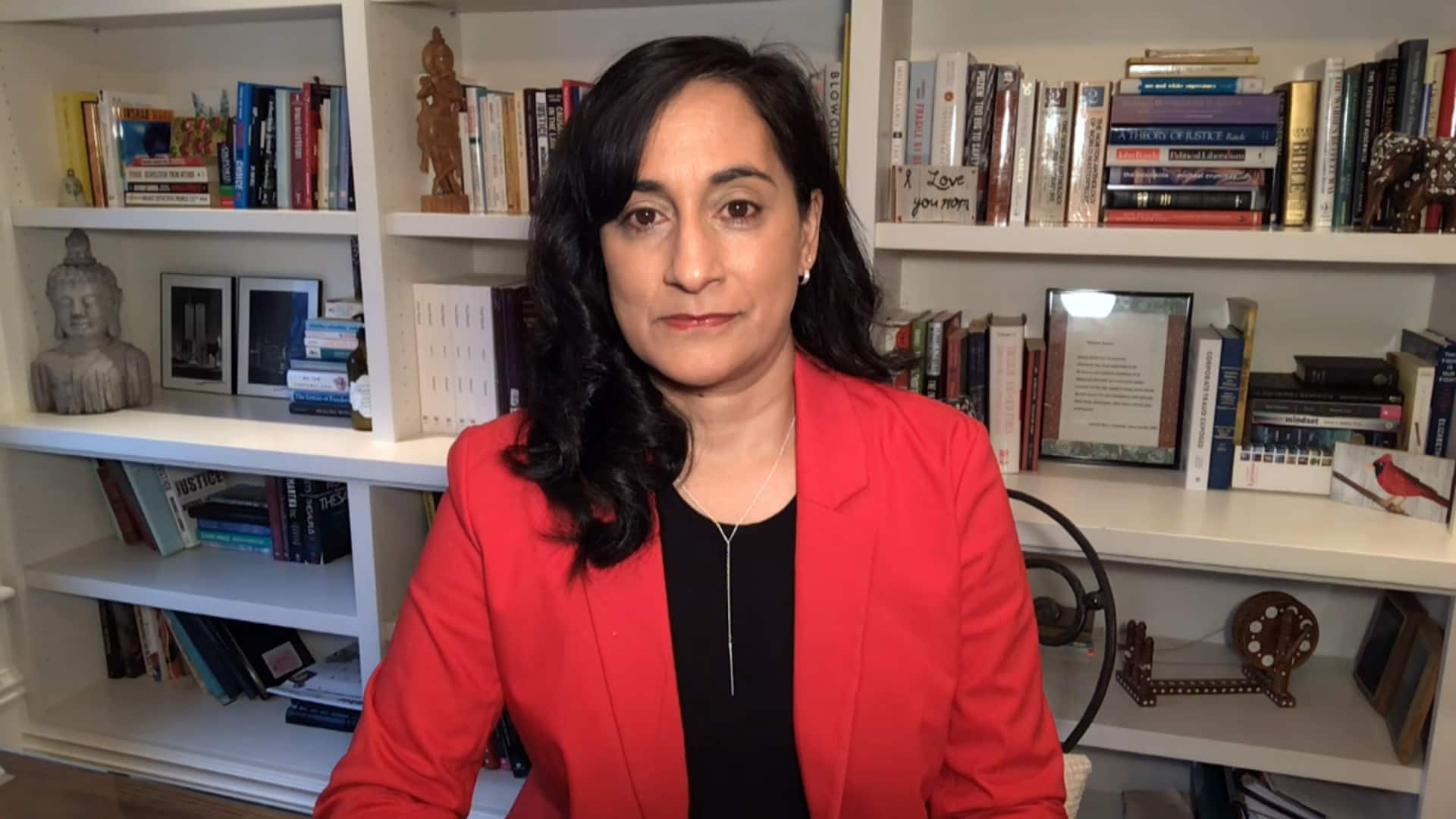 Minister of Public Services and Procurement Anita Anand says Canada is pursuing a two pronged approach to ensure that all Canadians can be vaccinated by the end of September. 8:21

Most businesses in provinces like Ontario remain closed and Quebec has gone as far as implementing a curfew to curtail cases. Some public health advocates and politicians are calling for similar measures to be implemented elsewhere.

Victor Dodig, Canadian Imperial Bank of Commerce’s chief executive, believes a rebound will be slow to materialize in the hospitality sector and others considered to be “discretionary.”

“We are looking into the following fiscal year before you are seeing any robustness there,” he said.

Credit trouble on the horizon

Masrani thinks some consumers will encounter credit trouble in the later half of 2021 or even into 2022, so he’s baking negativity into TD’s economic models.

Darryl White, Bank of Montreal’s chief executive, said while he expects the next two to four months to be a “difficult” period, he has seen some positives.

“We are just not seeing the impaired losses coming in at the rate people would have expected,” he said.

Rent relief, mortgage deferrals and wage subsidies have helped many Canadians manage the crisis and banks have built up large reserves to take care of bad loans that may transpire, he said.

For a rebound to really take shape, McKay believes government relief will have to continue and become focused on areas of the economy that are expected to take longer to recover like small businesses, hospitality businesses and transportation companies.

When a rebound comes, so will change at banks.

Dodig has noticed people shift rapidly to online banking during the pandemic and even those who were using digital options before the virus began circulating are moving more of their transactions online.

CIBC recently transformed 250 or one quarter of its banking centres into advice centres because digitization was accelerated by the health crisis, he said.

McKay said that many bank branches have been temporarily closed or operating with reduced hours throughout the pandemic.

RBC has closed some branches and McKay expects to pare back another three or four per cent over the coming year, he said.

That equates to between 30 and 50 branches, according to McKay.

He believes branch footprints can be reduced and the bank can get more flexibility by focusing on shorter leases, but how it should approach branches will depend on the recovery.

“Everything is positioned to watch how clients come back and how they use the branch,” he said.

“A lot of client activity still goes through our branches, but we will see what sticks with consumers and what changes through all of this.”