The new director of the U.S. Centers for Disease Control says officials have “scaled up” their surveillance of new coronavirus variants in the United States.

CDC Director Rochelle Walensky told ABC’s Good Morning America that previously “there has not been a public health infrastructure” to track such variants. Also, there weren’t resources to do “mass sequencing” of the virus across the country. She noted the coronavirus aid plan pushed by the Biden administration includes funds to improve such tracing.

However, Walensky said it was “concerning” the two South Carolina individuals who were diagnosed with the more virulent strain first identified in South Africa didn’t know each other or travel there, so the “presumption” is there’s “community spread of this strain.” 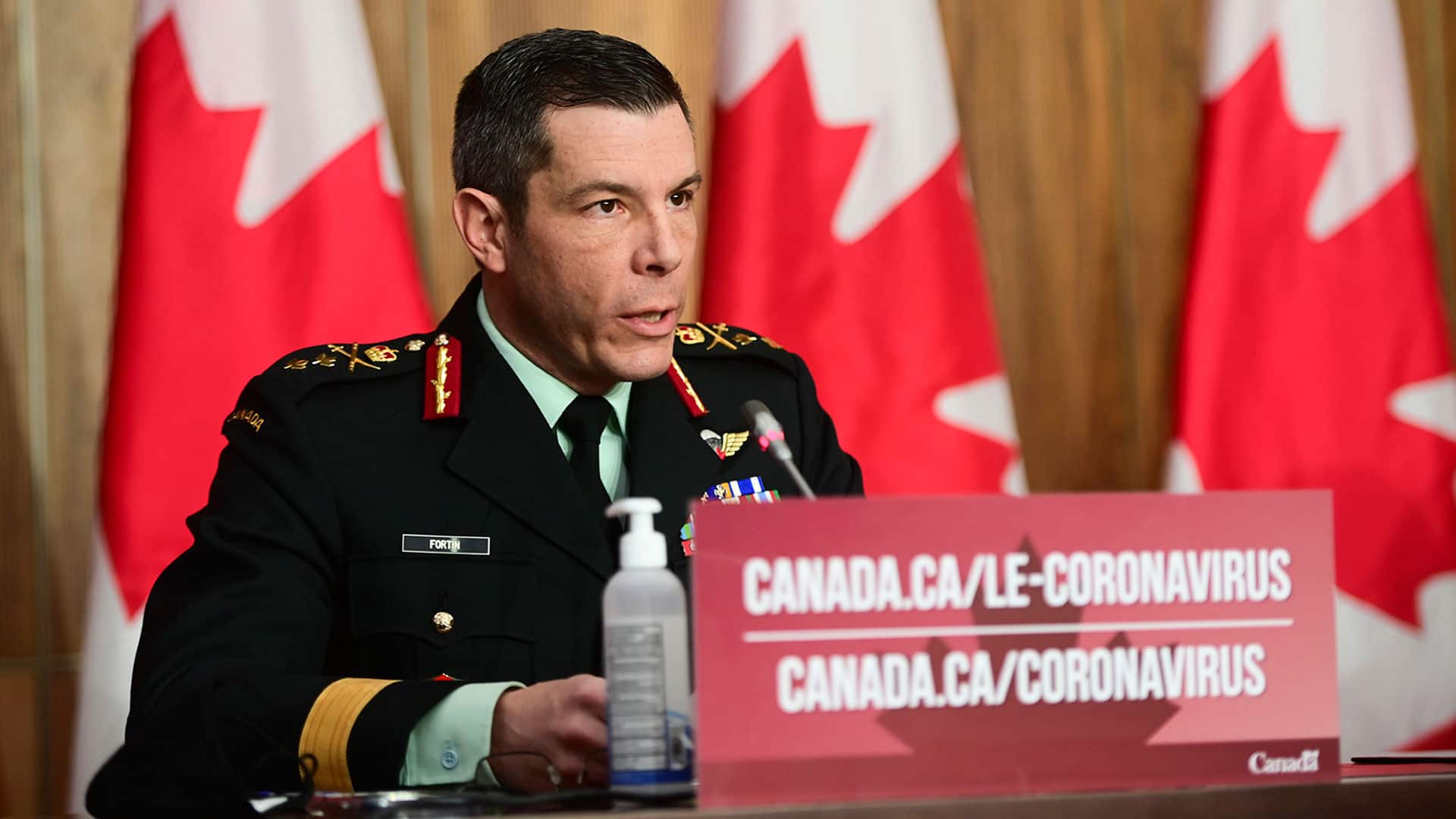 The province’s health advisers warned Thursday that a highly contagious variant of COVID-19 first identified in the U.K. could become the dominant strain of the virus in the province by March.

In Quebec, health officials reported 1,368 new cases and 39 additional cases on Thursday. Premier François Legault said that while the situation is improving in the hard-hit province, the number of hospitalizations is “too high.” According to data released by health officials on Thursday, COVID-19 hospitalizations in the province stood at 1,264, with 212 in intensive care.

The province had previously suggested it hoped to lift some restrictions by Feb. 8, but the premier on Thursday suggested that was unlikely.

“We have to be realistic — most of the measures will continue,” Legault said.

New Brunswick, meanwhile, reported 27 additional cases on Thursday. Health officials in the province said 14 of the new cases were identified in the Edmundston region, which has been under a lockdown since Sunday. They said 11 other cases were reported in the Moncton area and two in the Saint John region. 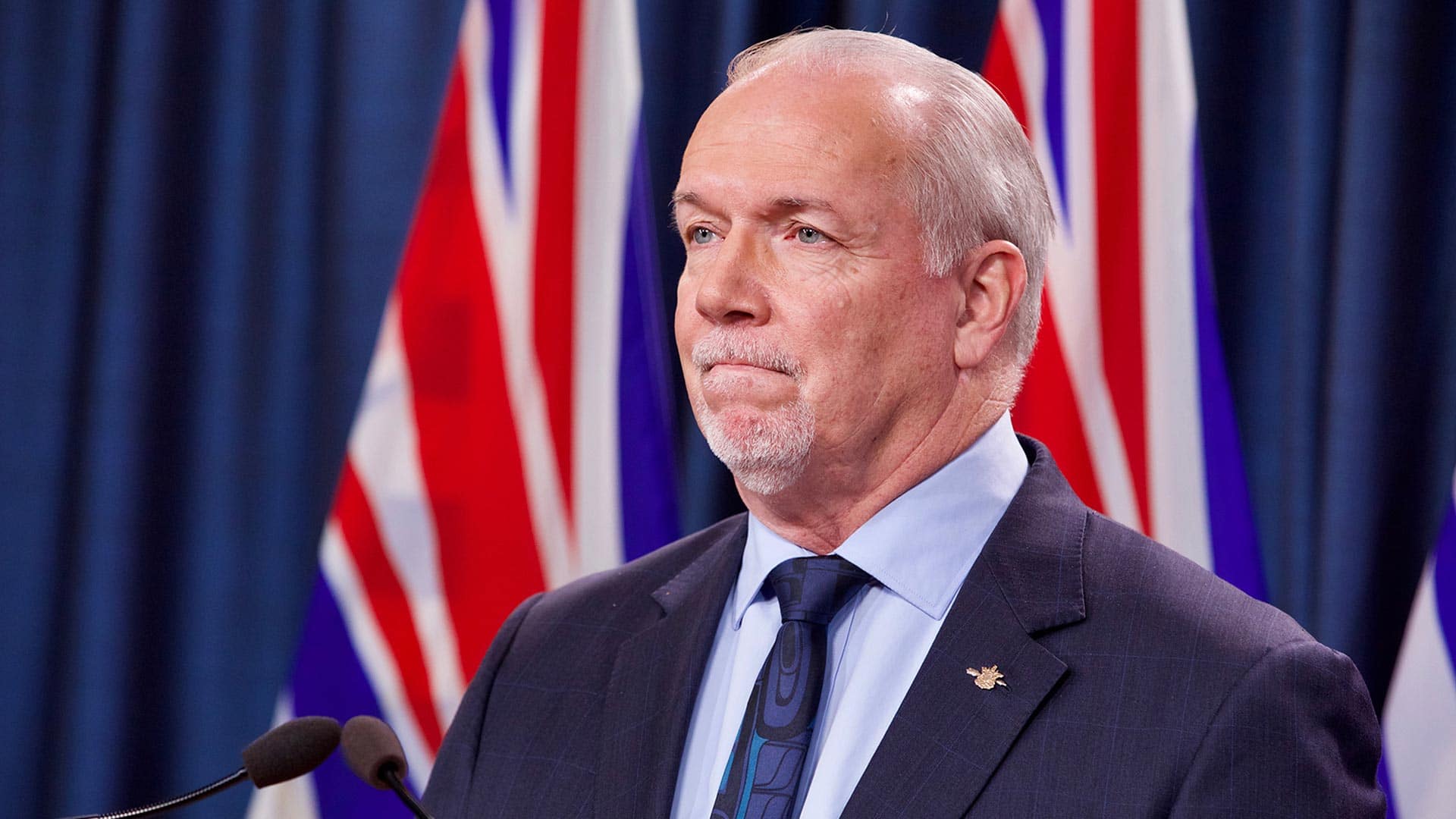 Here’s a look at what’s happening across the country:

-From The Canadian Press and CBC News, last updated at 7:15 a.m. ET

As of early Friday morning, more than 101.5 million cases of COVID-19 had been reported worldwide, with 56.1 million of those considered recovered or resolved, according to a tracking tool maintained by Johns Hopkins University. The global death toll was approaching 2.2 million.

In Europe, the European Union has made public a redacted version of the contract it agreed to with the drugmaker AstraZeneca, which lies at the heart of a major row over coronavirus vaccine deliveries.

The EU’s executive branch, the European Commission, published the text of the advance purchasing agreement Friday after consulting the British-Swedish company. Details about the price of the vaccine were notably redacted.

Earlier this week, the EU lashed out at the drugmaker after it said it would not be able to deliver the 80 million doses that it hoped to provide and could only supply 31 million. The advance purchasing agreement was signed before any vaccine existed.

European authorities are expected to approve the AstraZeneca vaccine later Friday, but questions remain over how effective it is among people over 65.

EU Commission head Ursula von der Leyen urged AstraZeneca to fulfil its obligations and said it had paid the company in advance. “There are binding orders and the contract is crystal clear,” she told Deutschlandfunk radio, noting it contained the amount of doses for December and the first three quarters of 2021.

Meanwhile, the head of Germany’s vaccine regulator expects that the European Union will approve AstraZeneca’s COVID-19 vaccine without any age restrictions, he told a news conference on Friday.

The bloc’s drugs regulator, the European Medicines Agency (EMA), is due to issue a recommendation on AstraZeneca’s vaccine, co-developed by Oxford University, later on Friday.

Klaus Cichutek, president of the Paul Ehrlich Institute, said European regulators were in a position to approve the vaccine without restrictions with the warning that the available data for older age groups was weaker.

Health Minister Jens Spahn had previously said he did not expect an unrestricted approval of the shot. On Thursday, Germany’s expert vaccine committee said AstraZeneca’s vaccine should only be given to people aged 18 to 64.

Canada has an agreement with AstraZeneca for 20 million doses, but the vaccine has not yet been approved by Health Canada.

Denmark will extend its current coronavirus restrictions by three weeks in order to curb the spread of a more contagious coronavirus variant first registered in Britain.

Portugal, which is facing serious strain on its health-care system, extended a nationwide lockdown until mid-February and announced curbs on international travel.

In the Asia-Pacific region, Vietnam’s health minister said on Friday a new COVID-19 outbreak was “basically under control” in the areas most affected, as cases spread to Hanoi, the capital.

Vietnam reported 53 new cases on Friday, including one in Hanoi and eight in nearby Haiphong city and Hai Duong, Quang Ninh and Bac Ninh provinces. That brought the total number of cases in the outbreak that began on Thursday to 149, the government said in a statement.

Health Minister Nguyen Thanh Long told reporters on the sidelines of the Communist Party congress, which is being held in Hanoi, that 3,674 tests had been conducted. Testing capacity was 50,000 a day, and the outbreak was under control in areas where the most cases had been found, Long said.

Sri Lanka on Friday began inoculating front-line health workers, military troops and police officers against COVID-19 amid warnings that the medical sector faces a collapse because of health personnel being infected with the coronavirus.

Sri Lanka on Thursday received 500,000 vaccine doses as a donation from neighbouring India. The Oxford-AstraZeneca vaccine, also known as the Covishield, is manufactured by the Serum Institute of India.

In the Americas, Mexico’s death toll from COVID-19 surpassed India to be the third highest in the world. The country has seen more than 1.8 million cases and more than 155,000 deaths, according to Johns Hopkins.

In the U.S., the Pentagon said it is reviewing a request from the Federal Emergency Management Agency (FEMA) for military troops to help set up vaccination sites, as the Biden administration vows to speed up deliveries of the COVID-19 vaccine over the next few weeks.

Pentagon chief spokesperson John Kirby told reporters Thursday that the military will help as aggressively as it can, and it will likely require a mix of active-duty troops as well as National Guard and reserves to meet FEMA’s needs.

According to a draft of the request, FEMA wants the military to set up 100 teams that will help operate vaccination centres across the country. Kirby and other Pentagon officials said Thursday that talks are still ongoing to determine how many service members it will take and who they will be. FEMA initially asked for as many as 10,000 troops, but defence officials say it may not require that many.

In the Middle East, Lebanon’s caretaker prime minister and its president on Friday condemned overnight violence in the city of Tripoli, where protesters angry over a strict lockdown clashed with security forces and set the municipality building on fire.

Thursday was the fourth straight night of unrest in one of Lebanon’s poorest cities, after the Beirut government imposed a 24-hour curfew to curb a surge in the COVID-19 pandemic that has killed more than 2,500 people and compounded an economic crisis.

In Africa, the African Union secured another 400 million doses of AstraZeneca’s vaccine in a push to immunize 60 per cent of the continent’s population over a three-year period.

-From The Associated Press and Reuters, last updated at 8:20 a.m. ET