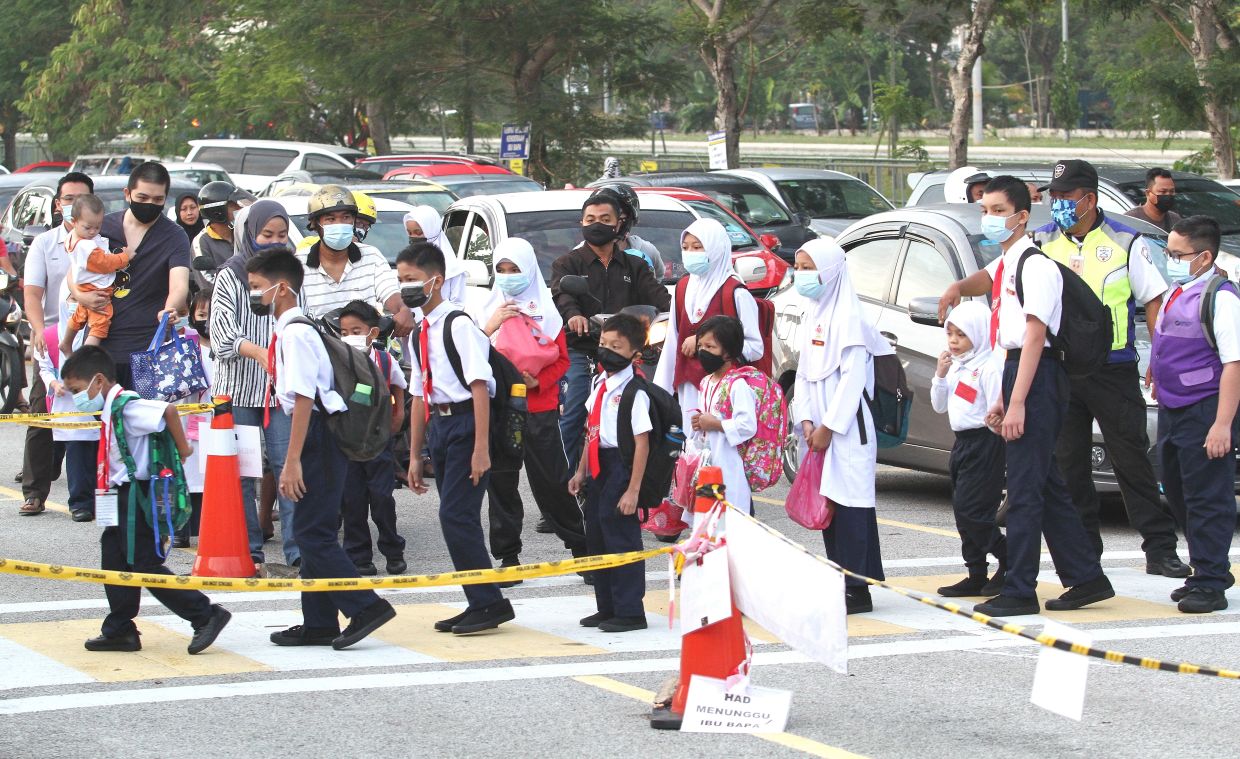 The last batch of pupils to return for face-to-face classes are Years Three to Six, totalling 1.8 million students.

This is the first time primary schools nationwide have reopened fully since their gradual closure in September last year, along with secondary schools, due to the spike in Covid-19 cases.

Checks by The Star at several schools revealed that the majority of pupils followed standard operating procedures (SOP) and showed up in school as early as 6.45am.

While some schools had Malaysian Volunteer Corps (Rela) personnel helping to control the situation, others had parents showing up as volunteers.

This helped to ensure the movement of parents and pupils were more organised and controlled, compared to when schools reopened on March 1.

The schools maintained that no parents were allowed beyond school gates.

Some schools did not allow parents to even come near school gate as a means of controlling the situation.

While the air was calm, some schoolchildren couldn’t bear to let their parents’ hands go when it was time to say goodbye.

There were also those who were overjoyed at the first sight of their friends and were about to hug each other until they were reminded of the SOP by their teachers.

She said the ministry’s updated School Management and Operations Under the New Norm 2.0 guidelines is a more comprehensive and detailed version of the previous guidelines as it took last year’s experience of reopening schools into account.

“Pupils’ compliance with the SOPs are good and their entry into school has been (manageable) because parents have been dropping them off in stages so it’s easier to follow the SOPs.

“The challenge at the moment is the dispersion of pupils when school ends, especially for the preschoolers and Year One pupils as it is their first time in school, ” she said in an interview on DidikTV Kementerian Pendidikan Malaysia on Sunday (March 7).

All parties must comply with the SOPs and guidelines in place to ensure schools are a safe environment for students and pupils, she stressed.