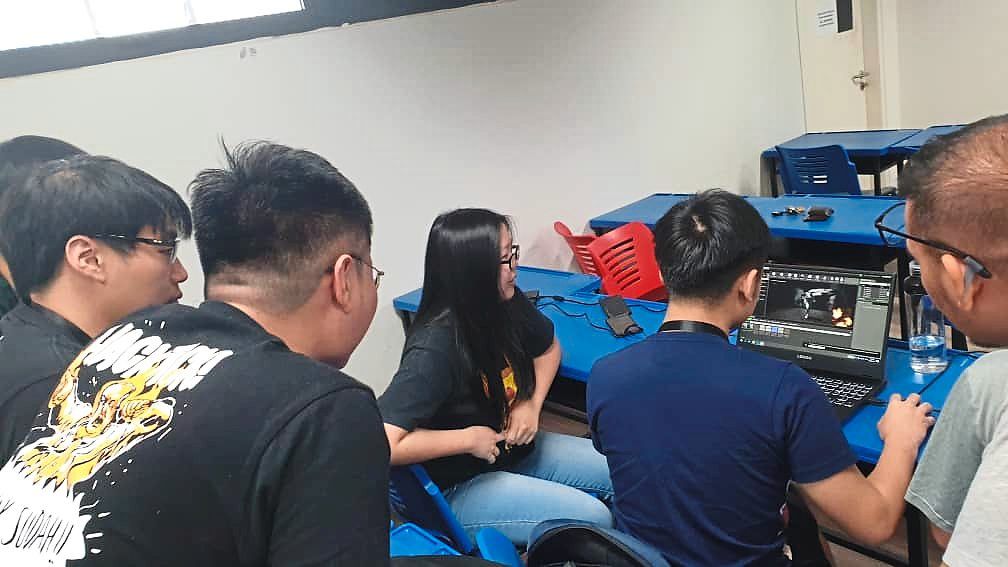 A GROUP of students never imagined that a final year project for their degree course would end up winning awards at an international game design competition.

But that was exactly what happened when the seven final year students from UOW Malaysia KDU Bachelor’s of Game Development programme won the “Best Student Game” in South-East Asia and the “Audience Choice Award” at the fourth South-East Asian Games Awards (SEA Games Awards).

The “Audience Choice Award” is a significant achievement as the project was pitted not only against other student projects from across the region but also against industry developed games as well.

She told StarEdu that the four-player “beat-em-up” game is a nod to the 3D arena brawlers from the late 90s and early 2000s such as the “Power Stone” series and “Marvel Nemesis: Rise of the Imperfects”.

“Visually, it was also inspired by ‘Dance Central 3’. The narrative was a coming-of-age story, inspired by our own experiences growing up, ” she said after the winners were announced in a virtual ceremony on Nov 27 last year.

The core inspiration for the game was to mimic the nostalgic experience of going to a friend’s house, and being introduced to a new game – something a little strange, something very chaotic, and something that leaves both you and your friend full of energy and excitement to see what comes next, she added.

This was the first time the students took part in a competition which featured international competitors.

Sophie said the game was also a platform for fellow Malaysians to showcase their creative skills.

“They were sourced from the industry, through mutual friends, and contributed greatly to the game’s development and success.

“Hiring illustrators for promotional work also tied into our extensive marketing campaign on social media, which was documented from the day we pitched the idea.”

Sophie said they were up against some “serious competitors” from Malaysia, Thailand, Indonesia and the Philippines in the SEA Games Awards.

They included an international studio based in Kuala Lumpur, as well as smaller independent studios in the region.

This allows them to excel in their chosen specialisations, he added.

“It’s not only about winning a prize, but it also offers a chance for them to gain valuable experience, to showcase their skills, to bring their talents to the next level and to problem-solve (under pressure), ” he said.

Tan said the university’s game development lecturers are involved in all their students’ projects, guiding them from start to finish.

“We nurture and guide the students through to ensure that their projects are of the highest quality, ” he said.

Referring to the wins in the competition, Tan said: “The amount of dedication, time and mentoring the lecturers have put in is evident.”

Moving forward, he said the university is planning to commercialise their students’ games.

The SEA Games Awards, which is part of the LevelUP KL conference, is South-East Asia’s premier industry event for game developers. This regional event organised by the Malaysia Digital Economy Corporation (MDEC) was conducted virtually and attracted gamers, developers, distributors, and visitors from across 30 countries.

The awards were aimed at recognising and celebrating the creativity, artistry and technical genius of the finest developers and games from around the region, in addition to upholding creative and technical excellence in the video game industry.