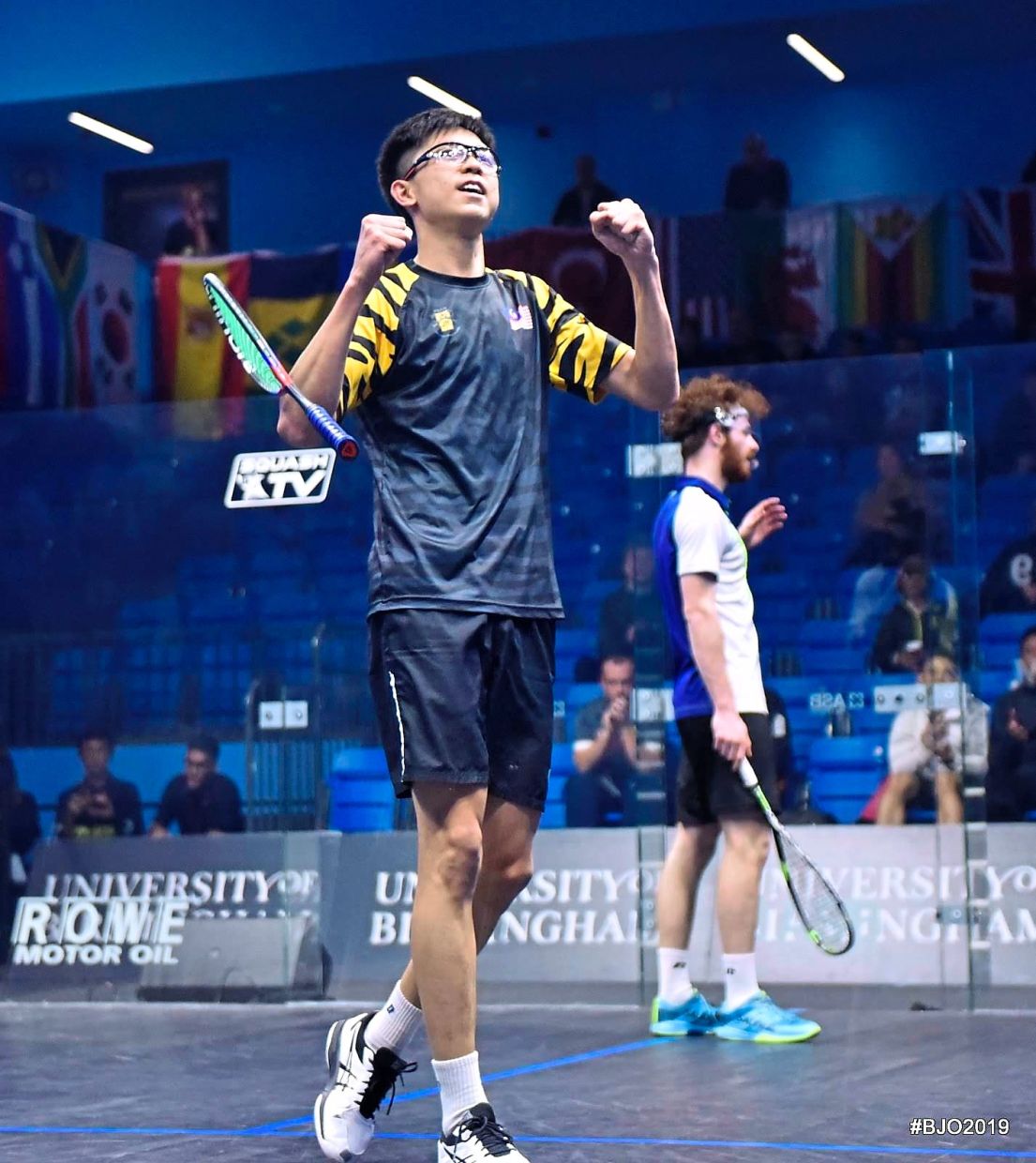 BEING a national squash player is not the only feat that Siow Yee Xian has accomplished. The 19-year-old is also a high performer when it comes to his studies.

Introduced to squash at the age of eight, the Bukit Beruang, Melaka, native emerged the best student at the Bukit Jalil Sports School in 2018, scoring 10As in his Sijil Pelajaran Malaysia (SPM) examinations.

He then furthered his studies at INTI International College Subang where he attained 1A* in Physics and 2A in both Chemistry and Mathematics in his Cambridge A-Levels examinations.

That paved the way for the two-time Asian Junior champion to apply for a course in Yale University in the United States. Not only was he accepted to study a bachelor’s degree in computer science, but he also secured a scholarship that waived nearly 80% of his tuition fees.

“When I was playing in an overseas tournament, I got to know that universities in the US provide athletes opportunities to pursue their studies and play squash at the same time.

“I talked to the coaches from Harvard University, Princeton University and so on. Ultimately, I was attracted to the programmes at Yale University, as well as its squash team, ” he recalled.

Having completed his first year at the university, Siow conceded that it took him some time to adapt to his new environment.

“After a while, the Yale squash team became like a second family to me. I had squash training after class daily and did my assignments at night. There was time on weekends to hang out with friends and explore the city, ” he shared.

“Being a part of the university’s squash league was very exciting and competitive. Sometimes we travelled to other universities to play in competitions while other times, we hosted fellow competitors at Yale.

“Regardless of victories and losses, those moments spent with my teammates during training and when we took part in the American National Championships are always precious, ” he added.

Siow is back in Malaysia after making a decision to defer his second year in Yale University, attributing his decision to the spread of the Covid-19 pandemic. Had he opted to continue his lessons remotely, he would have to be up in the middle of the night for live classes online due to the different time zones, he said.

In the meantime, Siow is not resting on his laurels. He has rejoined the national team at the National Squash Centre in Bukit Jalil.

“I went back to the training routine in July last year when sports activities were allowed after the movement control order. The national team usually runs two sessions on weekdays, and one session on Saturday, ” he said.

His time away from the national team had done nothing to throw him off balance.

“I did a decent job of maintaining my endurance on the court. Other than that, I still need to work on my technical and mental skills, ” he said, adding that he has to step up his game to match professional players.

“I hope to win major professional squash tournaments one day and make Malaysia proud!” said Siow, who is transitioning from junior to senior level in squash.

Looking back on his journey as a student athlete getting enrolled into his dream university, Siow expressed his gratitude to INTI.

“INTI provided a high-quality teaching and learning environment during my time at its Subang campus. This helped me get into Yale University with good grades. I also received an 80% scholarship from INTI, which enabled me to complete my studies.”

He also conveyed his immense gratitude to his parents whom he described as “ever-supportive”.

As the world deals with an unprecedented time in the face of the pandemic, Siow strives to move forward with this motto: “What you do today will be reflected in your future”.